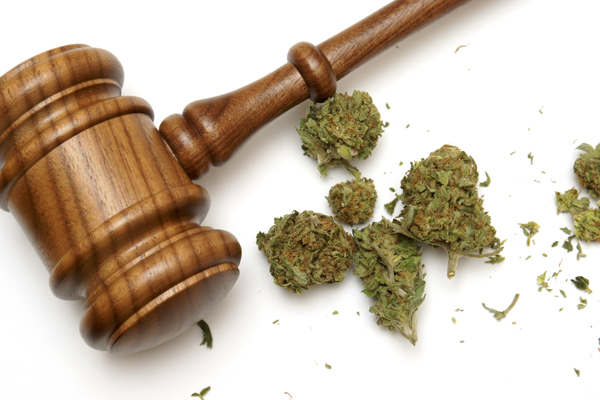 This article lists the best reasons why there is a need to change marijuana laws on a federal level.

1. Restriction will not generate success. Any declarations that the war on drugs has been successful is entirely lacking evidence. The authorities has attempted to use criminal punishments for over 75 years, but ultimately the restriction has failed to manage the use and production of marijuana.

As of today, there are over 25 million marijuana users every year, making it the biggest cash crop in the United States. Any thought that marijuana will be eradicated from this country or from the world is more than an illusion– it’s a ridiculous misconception!

2. It would reduce gang related incidences. It makes perfect sense: the illegality of anything is going to make it more valuable and desirable than if it were legal. Marijuana’s illegality makes foreign cultivation and smuggling to the United States an extremely profitable business for drug cartels and gangs. They bring billions into the underground economy of other nations who may be hostile to the US.

The same can be said for domestic drug dealing. Though the use of alcohol and tobacco continues to be a serious health problem, despite being legal, the accessibility of these two commodities offers people less incentive to sell them on the black market. If the sale of pot were legal, then young adults would face more trouble making quick money off of selling it to their friends and peers.

3. Legalizing marijuana is more safe for the community. Basing on history, regulation associates to public safety. A good example is the restaurant industry, which has to be inspected for health violations, or pharmaceutical companies, who need to submit their products to the FDA for testing. The marijuana business would operate the same way. Regulating marijuana would displace the underground market, making it more difficult for minors to get the drug, while making things less complicated to hold specific pot dealers more accountable for foul play, ensuring consumers get quality products without having hazardous additives.

4. It’s a valuable agricultural commodity. Updating marijuana laws could result to billions of dollars in tax revenue. The induction of Colorado’s Amendment 64 brought in greater than $30 million of taxable revenue for their budget. If California taxed and regulated the sale of marijuana, it could raise yearly revenue by $1.4 billion. If marijuana is legalized federally, the marijuana industry could potentially be three times bigger than the NFL, which could all be taxed, saving the US $13.7 billion a year.

Even if recreational marijuana use was not legalized, the US is still missing a prime opportunity to support legal hemp development– like Canada and Europe. It is also crucial to develop hemp as a biofuel source, as a way of decreasing carbon emissions. Hemp stalks will also not increase demand and prices for food, like corn does.

5. Marijuana is much safer than alcohol. Testing has revealed that marijuana use is considerably safer than drinking alcohol. In fact, for every thousand regular alcohol drinkers there are eight more visits to the E.R, for every thousand marijuana users. Simply put, you are 30 percent more likely to get sent to the emergency room for alcohol than marijuana. It is an established scientific fact that overdosing from marijuana is practically impossible. Marijuana is also not as addicting as alcohol or tobacco.

6. Marijuana is costing our court system. On average, over 750,000 individuals get arrested for marijuana possession every year. The responsibilities of law enforcement are too great to solely concentrate on marijuana offenders and it is far too expensive for our justice system to dispose every one of these cases– as it wastes space, clogs up the court systems and diverts time away from attorneys, judges, and corrections officials. Their attention would be better spent on cases involving violent crimes and terrorism. Taxing marijuana would provide the money required to fund vital criminal justice and social programs.

7. Marijuana can cure. Although for years the restriction on marijuana has hindered serious scientific study into the risks and health benefits of marijuana, there is considerable documentation that it can actually minimize many medical disorders, such as:

Pain: 70-80% of individuals feel pain relief when making use of medical marijuana.

Epileptic Seizures: Cannabinoids regulate seizures by binding to the brain cells in charge of modulating excitability and managing relaxation.

Cancer: In some examinations, cannabidiol has been revealed to end cancer by turning off a gene named Id-1.

Alzheimer’s Disease: Research has shown that THC, the involved chemical in marijuana, decelerates the buildup of amyloid plaques by preventing the enzyme in the brain that creates them. These plaques are what kill brain cells and lead to Alzheimer’s.

Inflammatory Bowel Disease: University of Nottingham analysts discovered that chemicals in marijuana, consisting of THC and cannabidiol, interact with cells in the body that play an essential role in gut function and immune reactions.

Anxiety: Studies recommend that some of the drug’s benefits may actually improve the smoker’s disposition and act as a sedative in minimal amounts.

8. Legalization cannot be avoided. Now, four states and Washington D.C. enable recreational marijuana use, while 19 states enable it for medical uses, and 14 have decriminalized it. Alaska, Oregon, Washington are currently in the process of establishing a model where marijuana can be legitimately retailed, taxed and controlled.