Home » I-70 Illegal Stop and Search 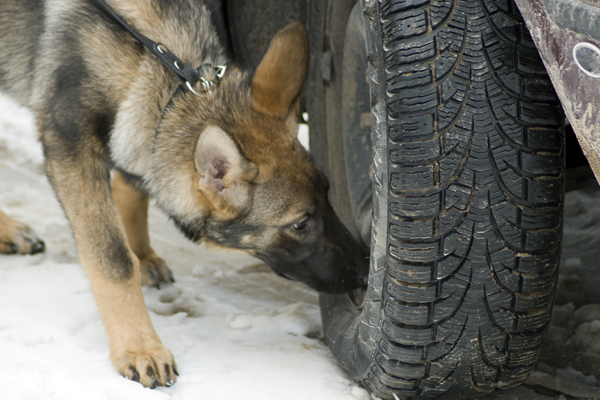 I-70 illegal stop and search in Utah has affected tens of thousands of motorists. An uneven number of drivers involved were from out-of-state, although police claim the stops are entirely legal and are in reply to heightened activity of the Mexican cartels, not to shake down unsuspecting visitors. On the other hand, many of their procedures and practices have been shown unlawful in courts.

I-70 Illegal Stop and Search Penalties

I-70 illegal stop and search methods can yield evidence against you, like drugs and drug paraphernalia. Facing possession alone can be damaging enough, especially if you are caught with a high amount of a dangerous drug like methamphetamine. Under the conviction of possession, you could receive thousands of dollars in fines and years in prison. A drug trafficking charge is a completely different case, though, with penalties that far outweigh most simple possession charges.

Drug trafficking is when a person is accused of selling, transporting or importing illegal substances within the United States. The two charges of possession and distribution sometimes overlap into a charge known as “possession with intent to distribute.” This charge is made when the prosecutor establishes that the individual caught intended to sell illegal substances, which is identified by the amount and type of drugs found.

If you are charged with possession of less than an ounce of marijuana, you could get imprisoned by up to six months and pay a fine of up to $1,000. Possession of methamphetamine can send you to prison for not more than 5 years, pay a fine of up to $5,000, have your driver’s license suspended for 6 months, forfeit the right to possess and use firearms for life, and seizure, forfeiture of the individual’s property and money.

I-70 Illegal Stop and Search Defense

I-70 illegal stop and search methods can at times be proven. If the police made errors or violated your constitutional rights when they stopped you on I-70, it could be used in your defense. Some of the common inaccuracies by law enforcement may involve the lack of probable cause to pull you over. Probable cause refers to the requirement that police have adequate reason to arrest someone, conduct a search or seize property linking to the crime.

Once pulled over, the officer involved may have committed an illegal search because there are stringent rules regulating what the police can essentially do when they are given the approval to carry out a search. Some instances may reveal that the officers may have handled an unfair and irregular checkpoint stop as well.

I-70 Illegal Stop and Search Lawyer

I-70 illegal stop and search methods are rampant, and for this reason, in order to protect the rights of every citizen, the police officials are restricted in what they can do when stopping and arresting people for an alleged drug crime. When authorities break these limitations, it can make all evidence inadmissible in court. If you have been detained for a drug crime, call an educated lawyer to concentrate on these affairs.