Home » Possession with Intent to Deliver 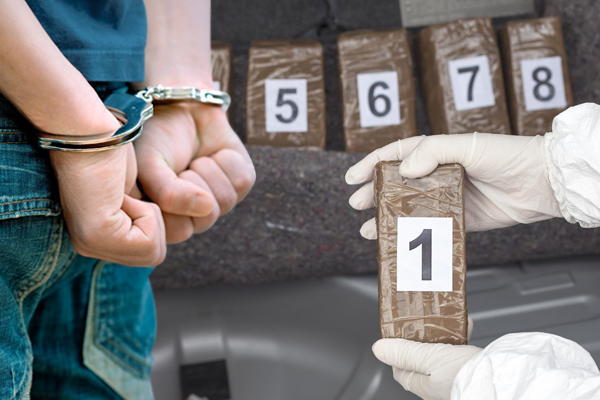 Possession with intent to deliver charges are very severe. To “deliver” in a judicial point means the actual, constructive or attempted transfer of any controlled substance from one person to another.

Possession with Intent to Deliver Penalties

Possession with intent to deliver charges are complicated, and if you want to absolutely understand the extent of your case, what first must be established is the quantity of drugs involved the time of arrest.  Depending on the kind of controlled substance involved, your charges could span drastically.

Possession with Intent to Deliver Defense

Before you can be convicted of possession with intent to deliver, the prosecutor must prove three aspects: (1) the substance was an illegal controlled substance, (2) that you were not authorized or prescribed to use the drug, and (3) that you intentionally possessed the drug and planned to deliver it to another person. Premise (1) could be met with eye witness accounts, like the policeman actually seeing you give drugs to another person. Premise (3) could be proven by simply showing the way the drugs were packaged and if there were scales or other paraphernalia present at the scene of the crime. The quantity of drugs you have alone can be used as evidence against you.

Since prosecutors can use an array of evidence, like paraphernalia and packaging to prove possession with intent to deliver, it is imperative for the defense to investigate and establish accurate support by examining each and every detail of the case. It must be established that the evidence against you was collected correctly and in compliance with your 4th Amendment rights regarding illegal search and seizure, which is a very common infraction police officers make in the heat of an arrest. If your legal representative can prove that the police breached your constitutional rights, the proof presented against you can be decreased and the charges dropped.

Possession with Intent to Deliver Lawyer in Utah

Possession with intent to deliver cases could be very subjective. Prosecutors do their best shot to raise charges so that individuals may be convicted and greatly reprimanded. An experienced Utah drug defense attorney can work to reveal the cracks and disadvantages in the charges. Remember, the difference between freedom and jail may be an experienced defense that only a top Utah lawyer can offer.