Home » Marijuana Busts on I-70 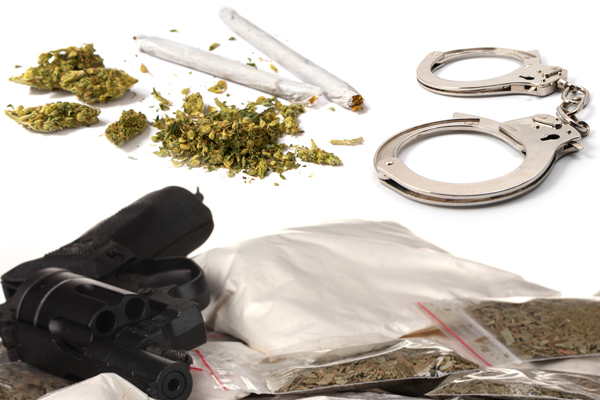 Marijuana busts on I-70 are occurring more often. Interstate 70 runs through Utah, a state bordered by nearby states of varying drug laws. Utah state troopers and local law enforcement are known for camping out at particular areas along I-70, looking to make a bust. Officers are sharp to anything dubious about the vehicle or motorist. Usually, they make use of speeding as a pretense to pull drivers over and search their motor vehicles, sometimes particularly focusing on drivers with out-of-state license plates. Mainly, those with license plates from states that have legalized or decriminalized marijuana, like California and Colorado, fall victim the most.

Marijuana busts on I-70 occur most of time because law enforcement looks for about anything to warrant either additional interrogation, a demand to search a motor vehicle or summon a drug-sniffing dog. What makes things more troublesome is the law that the plain odor of marijuana gives a policeman probable cause to search a vehicle. Officers in Utah generally deceive and use the excuse of marijuana odor to perform an unlawful search, and it is very hard to validate the opposite.

Marijuana Busts on I-70 Penalties

The use of medical marijuana is still criminalized in the state of Utah. Possession of less than an ounce of marijuana is a class B misdemeanor punishable by up to six months in jail and a fine of up to $1,000. If the possession charge is for one ounce of more, the charge becomes a class A misdemeanor with an increased penalty of up to one year imprisonment and fines up to $2,500. For amounts of one pound or more are considered as a third degree felony punishable by up to five years and fines of $5,000 while possession of greater than 100 pounds is classified a second degree felony which carries a prison sentence of up to 15 years and $10,000 in fines.

In addition to the penalties stated above, there are also other possible consequences that may arise such as loss of student financial assistance, driver’s license suspension, loss of right to own a gun, and the risk of losing or acquiring a job (due to a negative background check).

Marijuana Busts on I-70 Defense

Marijuana busts on I-70 may be abundant with police misconduct. Misconduct and unlawfulness happen all too often on the side of law enforcement; so much so that Utah attorneys know obviously what measures to take to explain that the police did not comply with right search and seizure laws, and even that they did not have possible cause to stop the driver in the first place. If some of your constitutional rights were breached, it is possible to competently argue to have the evidence presented against you suppressed and have the charges lowered or dismissed.

Marijuana Busts on I-70 Lawyer in Utah

A large enough quantity or sales could be just as damaging to your living as a harder drug like heroin. It will be a blemish that will negatively have an impact on every facet of your life. It is because of this reason that you should find a lawyer that has taken on a number of cases on I-70 marijuana busts.