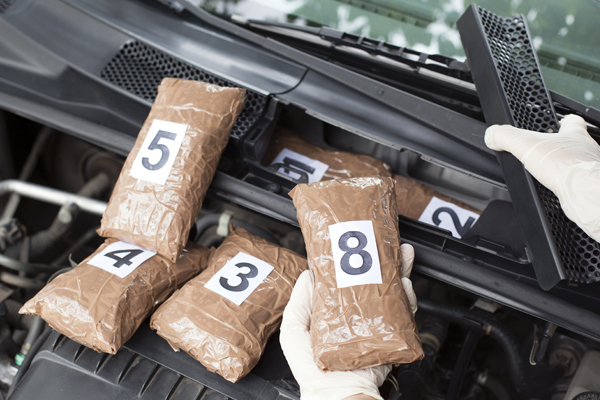 Learning the Difference: Intent and Delivery of Controlled Substances

All “drug” cases are not equal and neither are the punishments that can fall upon one when accused of delivery of controlled substances. Misdemeanor drug cases, although serious, are much less severe than felony drug cases. Drug distribution– that is simply an exchange of a dangerous drug, such as marijuana, cocaine, or heroin, from one person to another is classed as a felony associated with drug offenses associated with “drug dealing.”

This is separate with “intent to deliver,” which denotes that the implicated individual had an amount of the controlled substance that they planned to sell and spread to others. “Delivery of controlled substances” occurs during the sale. The amount of cash, or what type of money involved does not really matter. Just as long as an exchange has been obtained, you can be charged with delivery of controlled substances and the seriousness of the consequences for this kind of felony will depend upon the type of drug, the weight or quantity of the drug and the individual’s previous criminal convictions.

When no sale of drugs has transpired, the prosecutor may use a variety of types of proof to establish the intent to move an abused substance arising from a possession charge. The prosecutor also can validate an intent to provide charge although no money was swapped and the drugs were not really delivered. While these charges are frequently based upon the amount of the drug in someone’s possession, the drug offense may also be established based upon drug paraphernalia suggesting an intention to sell the drugs, including mail scales, possession of common cutting agents and baggies or balloons.

For the reason that these kinds of everyday household items do not prove criminal actions taken in isolation, they are oftentimes offered as evidence together with the quality of narcotic in a person’s possession. Basically, the possession component of the charge is based upon the production of valid proof while the intent to deliver portion of the charge is most generally proven based on circumstantial evidence, like how the drugs are packaged or recovery of substantial amounts of cash.

The classification of a felony is oftentimes determined by the number of grams of the drug that are in the individual’s possession or were delivered. For instance, a possession with the intent to deliver methamphetamine or cocaine is a Class II felony that carries up to 15 years in prison and $10,000 in fines. This sentence can be elevated to imprisonment of 5 years to life if this is not the defendant’s first offense.

The probability of jail time can be high for these kinds of offenses. It is because of this reason why getting in touch with a knowledgeable law firm is essential. Without having proper representation, your rights may be neglected and your trial outcome uncertain.