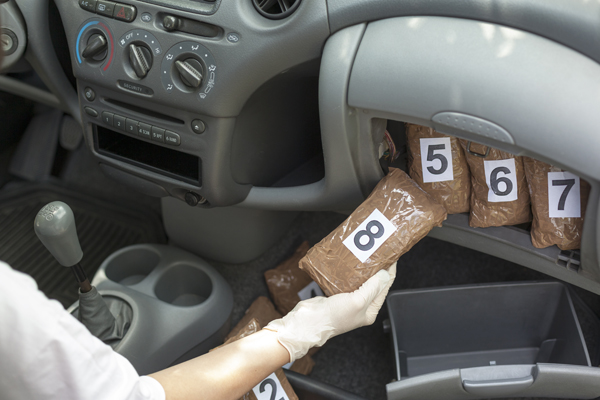 Colorado and Utah drug crimes offenses are markedly increasing. The drug war was once thought to be simply around the U.S. Mexico border, but now due to the legalization of marijuana, the battle has been brought to Utah’s back door. Police officials now deal with a huge wave of Colorado and Utah marijuana crimes, as pot moves illegally across the border. This has elevated drug apprehensions, along with the stress of already strapped budgets, overwhelming much smaller agencies. A study found that between 2005 and 2012, the amount of seized Colorado marijuana heading for other states increased 400%. Individuals looking to bring back either little or huge quantities to Utah, from The Centennial State, are met by a drove of patrolling police, many of which employ aggressive and often illegal methods to prevent distributions and sales.

Colorado and Utah drug crimes charges are indeed very serious charges. The Utah Controlled Substances Act (58-37-8) lists drug possession of a Schedule I or II substance or marijuana as a 3rd degree felony. This is punishable by up to 5 years incarceration and $5,000 in fines. This sentence can be elevated or enhanced based a number on a variables such as the quantity of the controlled substance, history of prior drug conviction, and location of possession (i.e. possession of drugs in a correctional facility) or sale (i.e. school).

Colorado and Utah drug defense lawyers are fundamental when charged with an offense. In Utah, there are numerous lawyers to choose from in order to challenge and defend drug criminal offenses. One benefit of dealing with drug crime lawyers is that they have seen the types of inquiries prosecutors ask defendants during testimony in drug crime cases. This knowledge of drug case is absolutely essential to help you prepare to take the stand and justify yourself against unfair drug charges.